Campaign for better security at churches begins amid terror scare

National Association of Christian and Charismatic Churches has launched a campaign to get churches across the country to scale up their internal security in the wake of terrorism scare.

Spokesperson on Security for the association, Bishop Addae Mensah, said the perception that just anyone must be admitted into a church building because ‘it is a house of God’ must be relaxed.

“The Burkina Faso attack happened because most of the churches there did not have adequate security. I think [Ghanaian] churches now have to set up Security Ministry like they have the Ushers Ministry,” he said.

Bishop Addae Mensah made the call Tuesday on current affairs programme, PM Express, on the Joy News channel on MultiTV.

He said churches may also begin stopping suspicious people entering their premises as part of measures to stem a possible attack and appealed to the public to cooperate.

”Wisdom is security. The Bible says wisdom is defence,” he stressed.

Ghana is tightening security at its border as a Salafi-Jihadist group based in Burkina Faso strike in that country.

The militants on February 15, 2019, killed four Burkinabe customs officers at a checkpoint at Nohao near the Ghana border and burnt three vehicles. They also killed a Spanish priest.

The Africa Center for Security and Intelligence Studies (ACSIS) has issued a security alert that the group has been moving in and out of Ghana through the border with Burkina Faso over the past four months. 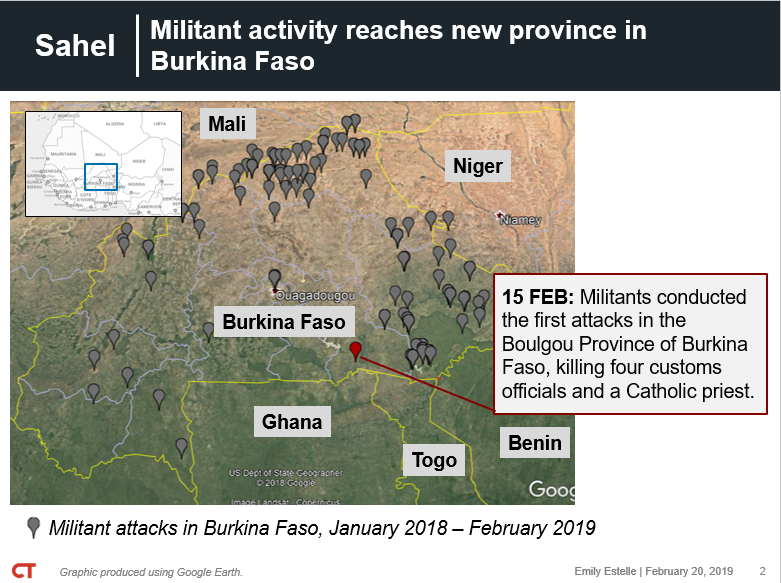 Jihadists also launched an attack on a church in Burkina Faso on April 29, 2019, after gunmen opened fire inside the protest church killing six – the pastor, two of his sons and three other worshippers.

The attack was the second in April 2019 alone following the killing of four in an April 5 attack on a Catholic church.

Terrorism closer than ever

“As far as I am concerned the issue of terror is closer to us than ever before,” he said.

Watch the full programme in the video below.