There was chaos at Nungua Kantamanto on Monday evening when a truck carrying a container veered off the road and crashed into a parked Toyota SUV and some motorcycles. 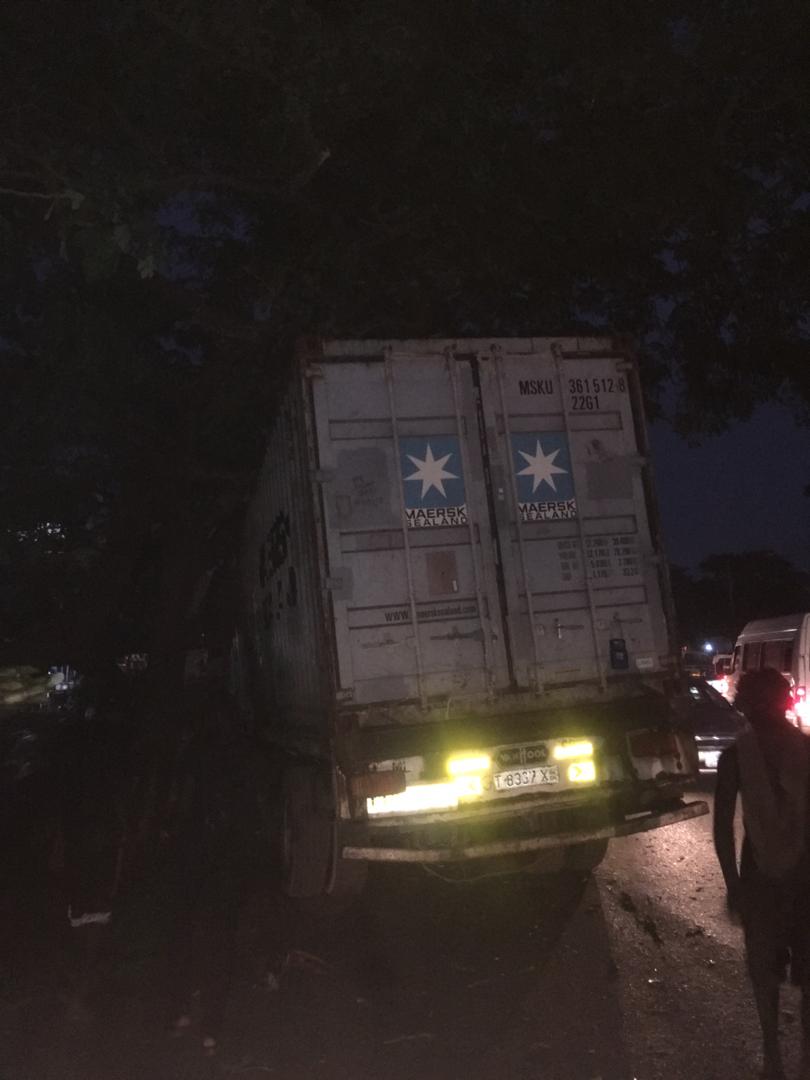 According to eyewitnesses, the driver of the truck with registration number GT 8337 X, was coming from the Ashaiman end of the Beach Road when he reportedly experienced a brake failure and started blowing the horn and flashing lights to warn other vehicles out of the way.

Realising, he could not stop the truck, the driver reportedly opened the door and turned the vehicle sharply towards a tree just before the Nungua Kantamanto bus stop.

The area which is prone to vehicular traffic jams witnessed a heavy traffic after the accident. 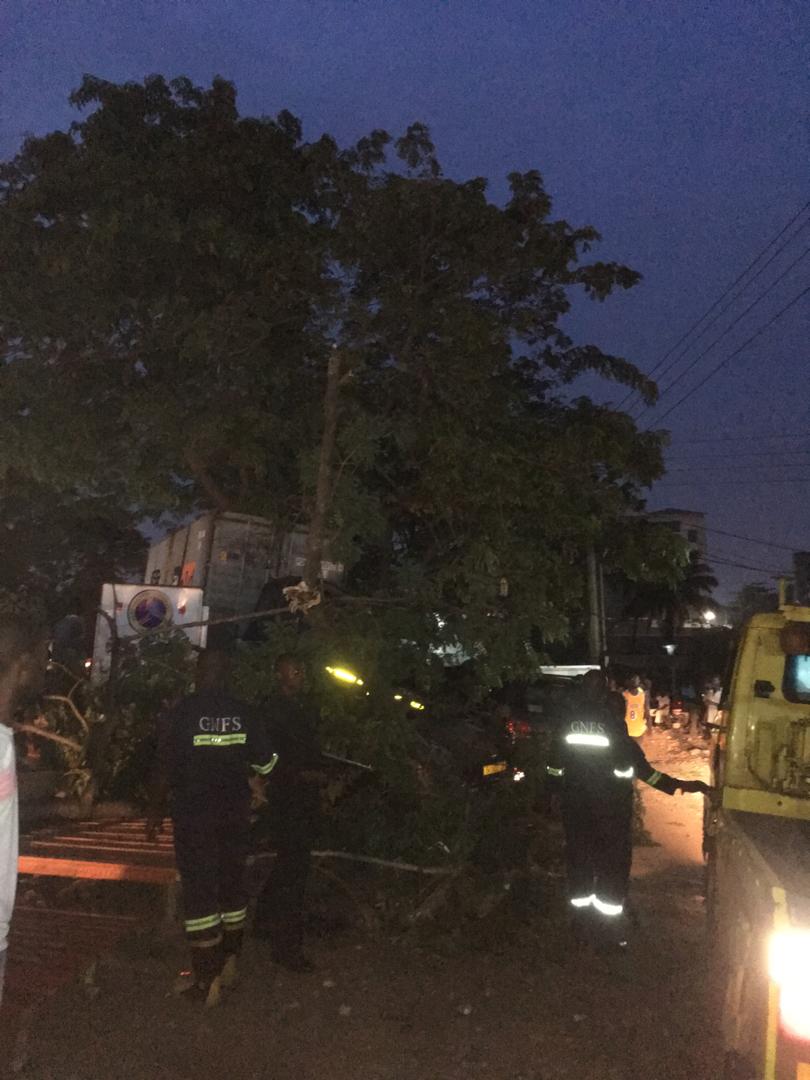 A crowd thronged the scene of the accident.

There were no casualties.

When Graphic Online arrived at the scene, officers from the Ghana National Fire Service were at the scene to tow away the damaged vehicles.

The driver was not immediately available for a comment. 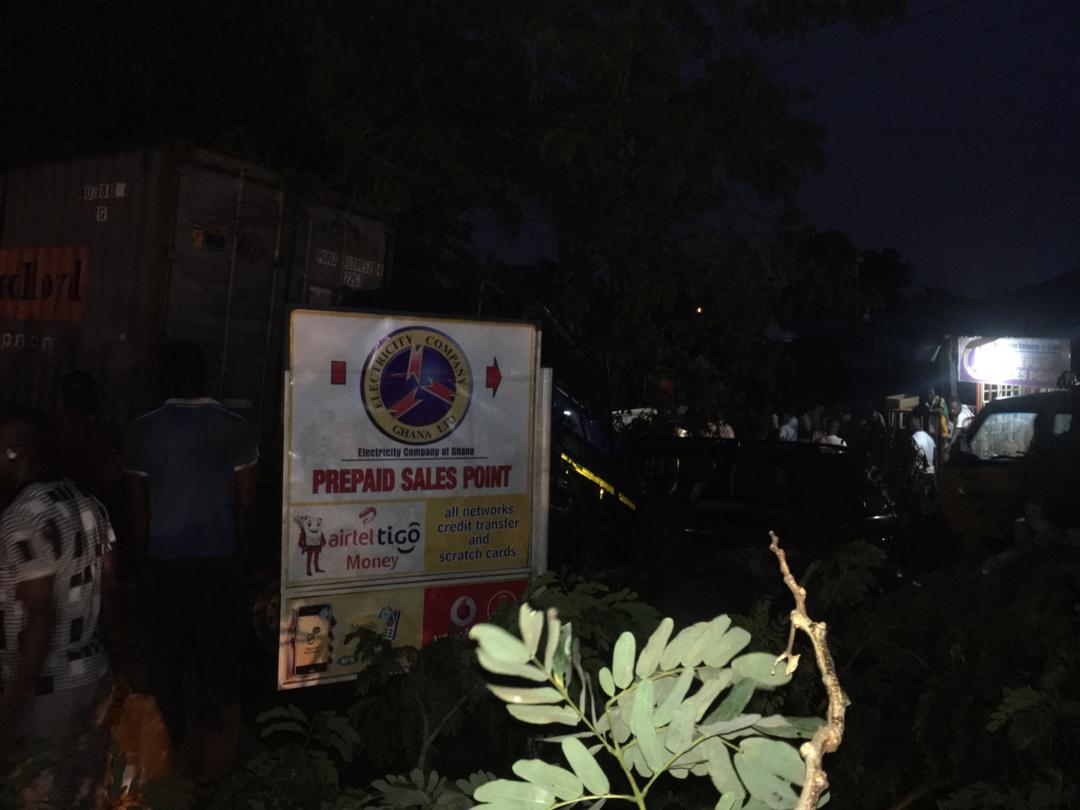 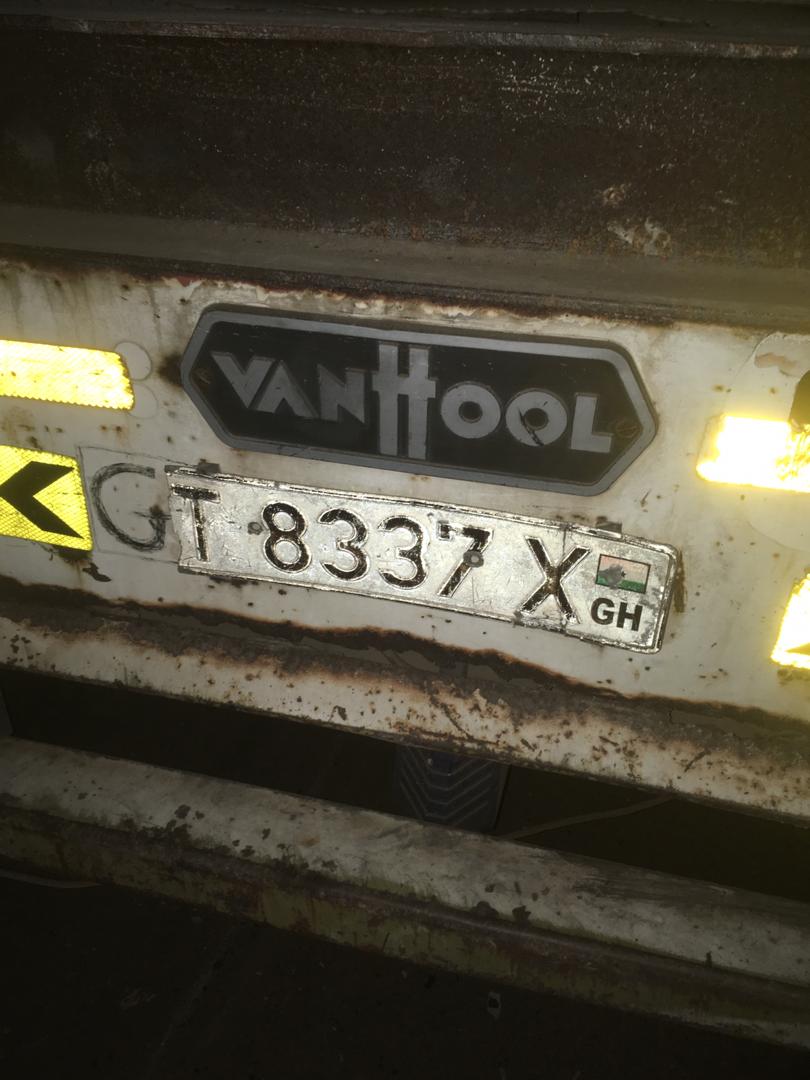