Living in constant fear: The scourge of armed robbery in Upper West

Armed robbery refers to the usage of arms or offensive weapons to forcibly deny any person of his or her possession. Sometimes it leads to the death of the robbed person should he or she raise any resistance.

For the past few years, the incidence of armed robbery has become a daily affair in the Upper West Region in particular and the country in general, making it a potential danger to anybody.

In fact, all are at risk. It started in the cities, now that the heat is on, it has moved to the rural areas.

One modus operandi in the rural areas is to waylay vehicles travelling with market women to marketing centres as well as other travellers, hold them hostage at gunpoint and rob them of their money and other valuables.

The robbers have become so bold that they engage in their activities in broad daylight.

The strategy employed is having scouts at banks who report people who have cashed substantial amounts of money.

The robbers, waiting nearby in very fast vehicles or on motorbikes, follow their unsuspecting victims to a place where they can easily strike, fire to scare away any intruder and attack and snatch the money.

Sometimes, they break into houses during their operations. They also enter supermarkets, stores, filling stations, houses and take away money.

An instance in the region was when Mr Richard Bayiviella, aka Chairman Water, the 45-year-old National Democratic Congress Chairman in the Upper West Region, was shot dead in cold blood by armed robbers.

The incident took place on the Wa-Tumu highway while he was returning from a funeral at about 11:00 p.m.

Another occasion was when an ambulance conveying a pregnant woman en-route to the referral hospital at Wa was attacked by armed robbers, whilst three persons made up of a police officer, a farmer at Tanvaari and a former assembly member of the Eggu Electoral Area were killed in various robbery attacks in the Wa-West District.

Sometimes, the gangs even rape and whip their victims before robbing them of their valuables.

The government is doing its best to resource the Police Service to do their work efficiently. This can be seen through the fleet of vehicles and other logistics allocated to them to combat crime.

These vehicles are also fitted with communication gadgets and mobile phone lines so that the police can be in constant touch with the citizenry and the outside world.

So with their mobile phone lines made adequately available to the general public, they could be contacted if anyone was in distress. With this, the police are making some inroads in the fight against the menace.

One thing of particular interest, however, is the fact that most of the robbers arrested are very young men in the age bracket of between 18 and 25 years who should have availed themselves of the government’s programmes and policies which will ensure a bright future for themselves and the country.

The public has expressed worry when travelling from Wa to other parts of the region over the past months due to the number of robbery cases recorded in the area. In fact, reading about some of the “achievements” in the robbers’ chosen vocation is like going through the curriculum vitae of a university professor.

However, research has proposed four social bonds that promote socialisation and conformity. These are attachment, commitment, involvement and belief. The stronger these bonds, the less likely the occurrence of delinquency.

It has been established that the weakness in any of the bonds was associated with delinquent behaviour.

Antisocial behaviour seems to have become fashionable among some of the youth who are supposed to be under parental care, as a result of the polygamous system practiced in the area.

A number of the men as a result of their belief in polygamy, marry more wives but leave the responsibilities involved in the upbringing of their children and themselves to the women.

Because of the patriarchal system where each of the women wants to attract enough attention from their husband, it becomes a sort of competition of who will adequately take care of him and the children.

The woman has no right to discipline the children even when they err at home.

The only time you see each of the parents interacting with the children is when either of them wants the child to run an errand.

The consequences of the neglect are the result of the high spate of teenage pregnancies among the girls and the boys taking to social vices including armed robbery. 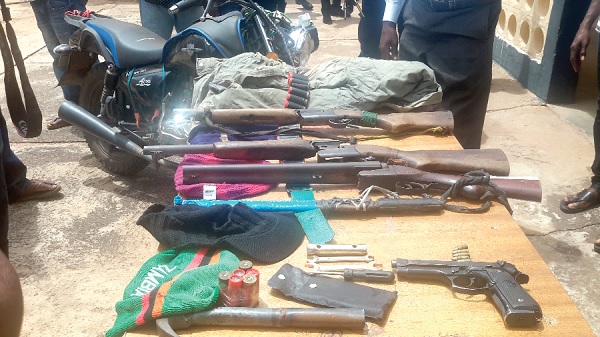 At a court sitting last Friday, the Wa Circuit Court Judge, Justice Forson Baah Agyapong, said he was very much concerned about the ages of the criminals who should have rather been in school.

“Teenagers as young as 13 to 17 years have also been recruited and are involved in criminal activities such as house-breaking and snatching of motorbikes. Most of them use motor-bikes for criminal activities which enable them to get away easily after committing the crime,” he said.

Justice Baah Agyapong revealed that another point of surprise was that robbers were arrested and arraigned before the law court every month.

He said, some of the most wanted armed robbery gang leaders had been convicted and imprisoned while others were on the wanted list of the police.

The judge mentioned areas prone to such criminal activities as the Wa-Tumu highway, Wa- Jirapa road, Wa-Accra highway and the Kejetia Lorry Park. Other suburbs of Wa are Bamahu, Konta, SSNIT Residential Area, Kpaguri and the Wa Campus of the University of Development Studies (UDS) where people of the middle class reside.

He commended the police, some of whom often go to great lengths, sacrificing both limbs and life, to arrest dangerous criminals. 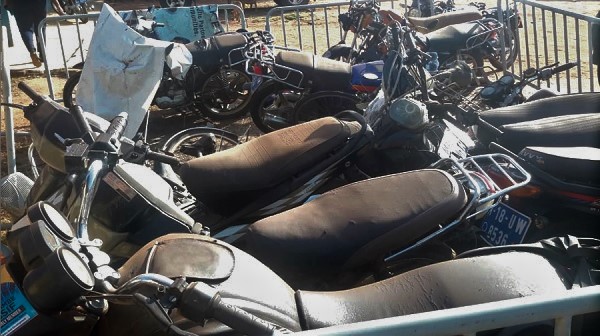 Although the concept of preventing crime is not new, a strong police force is an essential part in crime control mechanism coupled with an equally active group of citizens who would serve to remove the causes of crime and conditions in which they flourish.

The Regional Police Public Relations Officer (PRO), Inspector Gideon Boateng, said while they are determined to provide adequate security and safety and create a congenial atmosphere for all, crime could be better checked with effective public participation and implored the public to offer them information regarding such criminals.

“The public can augment police investigations into crimes and arresting criminals in the area by sending text messages, placing phone calls or getting to the police authorities personally to provide relevant information,” he said.

To allay the public’s fears, it has been announced that a Special Police Prosecutors Unit was being set up to assist the Attorney-General’s Department in the speedy trial of robbers.

This is good news to all since the quick prosecution of robbers will raise the morale of the police and show the victims in particular and the public in general that justice was being served. We only hope that very deterrent punishment would be meted out to armed robbers to discourage the deviants in society from taking that as a profession.